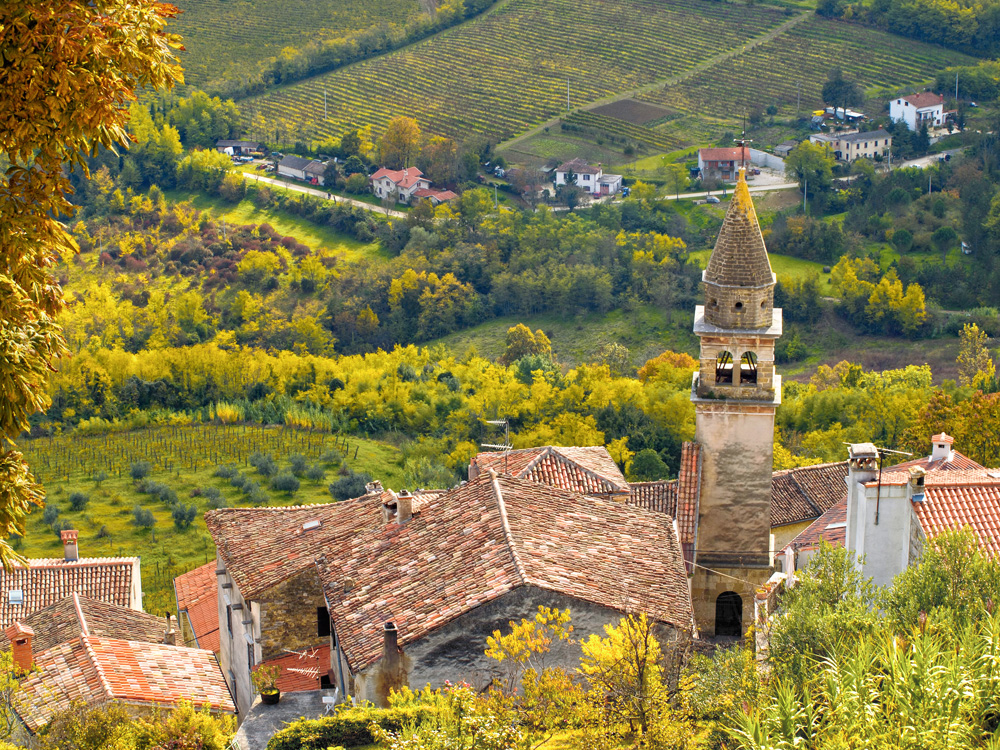 I never thought much about truffles until the accident of travel delivered me to a place where truffles have reached cult status and are on every menu. Traveling with my sister on a recent Wilderness Travel walking tour of , we stayed two nights in the small medieval .

The small town, high atop a hill overlooking lush valleys and gentle hills, is famous for its local treasure: truffles. As you explore the hilly, cobblestone streets, you can find truffles in any form and in or on anything you eat. The ancient town is full of charm. It is beautiful, inexpensive, and largely free of tourists….at least in May. Think of it as fifty years ago!

So what is a truffle? It is an underground mushroom with a potato like body. Not pretty but delicious. They were discovered by the Romans, and legend suggests they were the result of Jupitor casting a lightning bolt at an oak tree. Truffles only grow in a very specific environment and require a certain type of tree and soil. Specially trained dogs called “trufflers” are able to sniff out the tasty morsels and dig them up. Pigs are used by some who hunt the regional delicacy, but they tend to eat up what they find. Not a good thing if truffling is your main source of income. 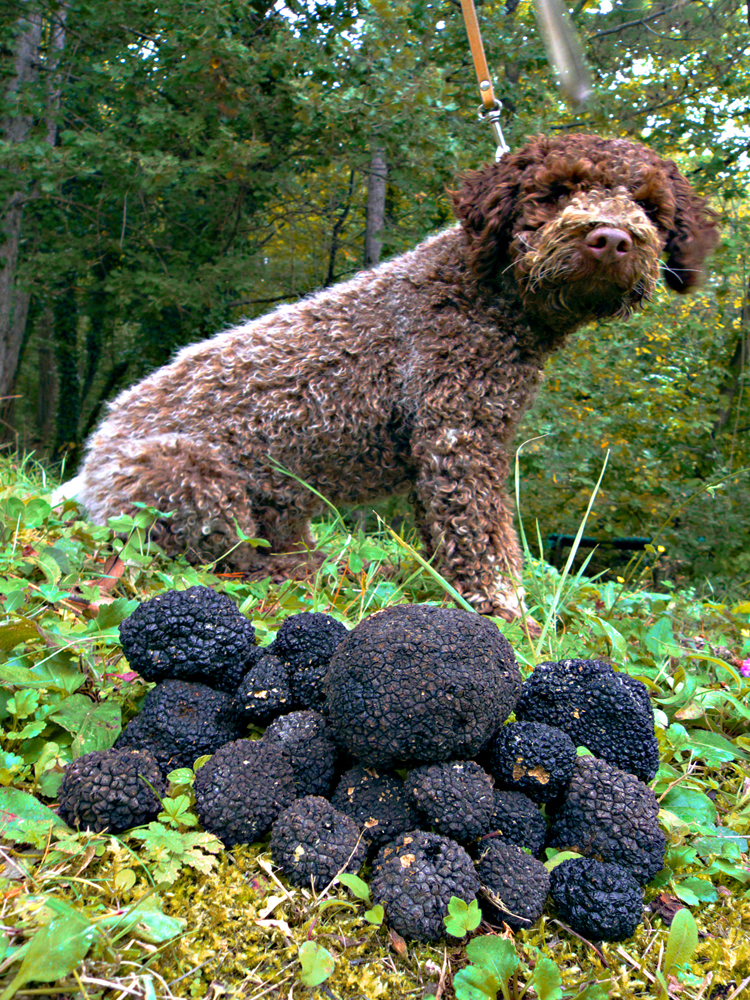 Our group enjoyed a delightful dinner at Mondo Konoba. A konoba is a tavern. We were the only diners as it was pre-season. We started with a pâté with shavings of black truffle, followed by rich and creamy polenta with fresh truffles, and a delicious dish of tagliatelle—in truffle sauce, of course. Regional wines complimented our delicious dinner.

Nikola, the friendly and multi-lingual waiter, cheerfully told us about the truffle and its importance. He proudly told us about the New York Times food writer who found the tiny restaurant and wrote a rave review. Curious we asked to see what they looked like. Truffles are not pretty. In fact, they look more like odd shaped black rocks than anything that could be so delicious.

In 1999 Giancarlo Zigante and his dog Diana found a huge white truffle which remains legend in the small world of trufflers. His find of a nearly three-pound truffle holds the Guinness World Record. There are reports that he had it bronzed.

My fellow travelers and I enjoyed our little adventure into the fascinating world of truffles and as we learned, when you are in you do not triffle with truffles. You savor them!

The Warmth and Beauty of Iran